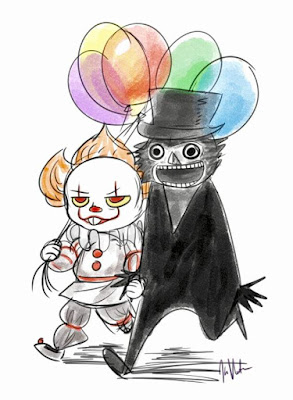 CLICK ME!
Posted by So I Watched This at 8:35 PM No comments:

Back in the year 2000, when I was still a young homo, I went to Wondercon in its' home at the time of Oakland, CA. This was when it was still a considerable smaller convention than what it is today. It would also become one of the gayest moments in my personal life.

I met a number of celebrities that day, from the guy who played Radar from M.A.S.H. to Corey Haim. Interesting bit about him: he flirted with me. Like genuinely flirted with me. I honestly was taken a bit aback by this because I did not think he was interested in guys. Specifically bearish guys. Nothing more came from the flirtation, but when shaking his hand he didn't just shake it he held it like if it was my dick he would have sucked it.

That was not the only gay thing that happened to my hand that day, either.

I had the pleasure of meeting iconic Batman actress and LGBT icon Julie Newmar. There she was, all glamour and glitz, talking about how cold it was. Like old people do. I went to go shake her hand when she suddenly seized it. She enjoyed the warmth of my hand so much she refused to let go.

What happened next, I still cannot believe happened, but it did.

She then invited me to sit with her as long as she kept hold of my hand to keep her warm. In between signing autographs (where she NEVER LET GO OF MY HAND), she used me for warmth. For a good 30 mins or so until she felt warm enough, like some lizard woman. I got to talk with her about the Batman TV show, Adam West, and also the film To Wong Foo.

My hand was used by both Julie Newmar and Corey Haim that day. Quite a day.
Posted by So I Watched This at 11:47 AM No comments: 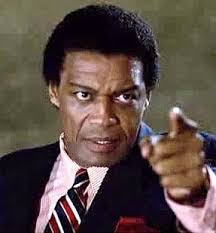 For those who listened to the old iteration of the United States of Geekdom, you know that early on we talked about a film genre that was very prevalent during the 1970s.  That genre was Blaxploitation.  It is a very interesting genre as it features African Americans as the heroes of the stories and they were geared toward that kind of audience as well.  Many of them are very entertaining films and are unparalleled in terms of storytelling and filmmaking.  One of the many iconic actors to come out of this genre was Bernie Casey.

I first saw Mr. Casey as the tough talking head of the fraternity Lambda, Lambda, Lambda in the movie Revenge of the Nerds.  He had a presence in the film that essentially let you know he was not one to be messed with.  His character's lack of sense of humor led to some of the funnier bits in that movie, but it is his 11th hour scene at the end of the movie, small as it is, that makes the biggest impact.


Casey was also in another movie we talked about in the old episodes, Bill and Ted's Excellent Adventure.  I was thrilled to see him in another movie, playing an authority figure.  As always, he was fantastic, and his take no crap attitude came in very handy in dealing with Bill S. Preston Esquire and Ted Theodore Logan.


As I said, Mr. Casey is a former Blaxploitation actor.  He even lampooned himself in the Keenan Ivory Wayans film, "I'm Gonna Git You, Sucka!"  His character was so badass, he had his own band following him at all times just so he could have his theme music playing wherever he went.

He also appeared in a favorite of mine from the Blaxploitation films, Cleopatra Jones as Tamara Dobson's love interest, Reuben.

Bernie Casey had many, many other roles, and definitely worth checking out; but these are some of my favorites.  Our deepest condolences go out to Mr. Casey's family, friends and fellow fans.  Thank you Mr. Casey for some great films.

USG IS BACK! NEW EPISODE! 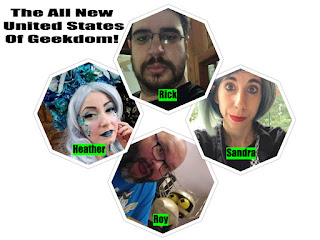 It's time to get your geek on...again! The USG is back, and with a new cast. In this return episode, get to know the team and realize this not safe for work. At least not this episode. I mean, what do you expect when you get together four nerds who are best friends and one of them is a foul mouth gay man and two of them are sassy butt ladies? Romper Room? No man, you get this...this...this magic audio black tar heroin that slides into your ears that will make you all go OOOOOH YEAH I LIKE THIS IT MAKES ME WANNA JUST GET ALL WARM AND HAVE FUN!

Yeah, that's this new episode. Hang tight folks, it's unfiltered so NOT FOR KIDS! Have them watch like Teletubbies or something with goats.